Once you lay the cards on the table and analyze the facts, you will begin to realize that men and women are (not to put too fine a point) quite different drivers. Despite the obvious behavioral differences between the genders and the obvious characteristics some of us share, the fact of the matter is that men and women are built for different purposes, meaning guys and girls react differently to health issues, including injuries sustained during accidents.

In fact, recent studies have shown that women aren’t so fortunate if they suffer front-end collisions, while men tend to be a little more resilient. Let’s take a closer look at the extent of these risks that girls and women face behind the wheel.

Safety Is Still an Issue for Women 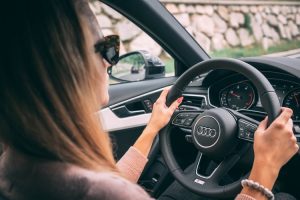 Although vehicles have advanced beyond one’s imagination since the advent of seatbelts, proper restraint is not always a guaranteed safeguard against dangerous injuries. According to a study featured on the MinnPost, women who wear seatbelts have a 73% higher chance of suffering injuries in a front-end collision, versus their male counterparts. In fact, girls and women are twice as likely to sustain trauma to their lower half (e.g. the spine, legs, and abdomen) than men, on average.

A study featured by the American Public Health Association indicates a recent rise in risks for women getting behind the wheel. Although 33% more men are driving each year, the rate of injuries among women has also risen considerably. So, why has this change taken place over the past decade? Researchers speculate that a shift in socioeconomic trends among men and women may account for this increase in female motorists. As a result, men and women are driving at an equally higher rate, although women are sustaining deadlier injuries.

Now, keep in mind that men are still at risk for sustaining life-threatening injuries. HG.org reports that male drivers put themselves at a higher risk of suffering trauma in traffic crashes versus their female counterparts, despite the recent speculations.

Are Cars for Men Only?

Ultimately, some researchers have also speculated that the increased rate of injuries among women is directly connected to a simple observation: cars aren’t necessarily tailored for the female body. As a report on the CBC suggests, crash tests involve the use of dummies that are sculpted to look like men. As a result, the report continues, men are being protected more than females (in a manner of speaking).

In the blink of an eye, a simple drive down the road or major highway can turn into a fight for your life or the life of your loved one. Without warning, you and those you care about can become victims of deadly motor vehicle accidents and suffer from excruciating injuries, like bone fractures, which can take a long time to heal and mend. As a result, you will have to reap the consequences, which can include hefty medical bills and an overloading cost of vehicle damages. Simply put, no one should have to suffer through these problems, particularly if the accident was triggered by negligence or malicious intentions.

Although this might be difficult, though, you must remain calm. With the assistance of a lawyer who is experienced with personal injury cases, you can gather viable resources to create a strong case in court.

We at Gattuso & Ciotoli, have more than 50 years of combined legal experience and deliver the some of the most high-quality legal services to victims of a wide variety of accidents in the vicinity of Syracuse, New York. We value your perspective on your case and your goals for the future and ready to help you receive the justice you deserve. For more information on our four practice areas or your legal matter, contact us at (315) 314-8000 today.