With a lot of focus on reckless driving among average citizens, the reckless driving behavior of New York police officers is often overlooked. Many may be surprised at the way some police officers drive recklessly or break traffic laws. This involves ticketing, repeat offenders, and traffic law violations. These breaches may not seem that relevant, but most traffic laws exist to promote safety and fairness on the road. If you or loved one suffered personal injuries from a negligent driver, be sure to contact a Central New York Personal Injury Attorney.

After running the license plates of average people and comparing their traffic violations to those of the NYPD, it 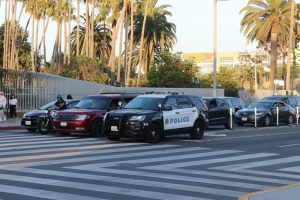 One officer had 58 moving violations and another had 41. According to the law, the cars of these officers’ should have been impounded but they were left without punishment. Out of 803 personal cop cars that were checked, 37% committed multiple offenses, 58% had serious violations, and 77% were ticketed. The NYPD expects their staff to follow the laws of the road, but unfortunately, some laws are still broken.

Reckless driving behaviors have been known to lead to serious injuries and deaths. This is why the Reckless Driver Accountability Act has been created to create consequences for reckless drivers. This act will impound or boot cars that have five or more speeding and red-light violations in one year. The Driver Accountability program will be given as an option for people with traffic violations. Lastly, this act will require New York to conduct annual studies on which behaviors cause car accidents.

This act can be effective by discouraging reckless driving behaviors with punishments and can reveal more information about which behaviors lead to accidents. Hopefully, this will deter certain behaviors that endanger others on the road like speeding or running stop signs. Each year, the number of people who are injured and die from reckless driving is staggering.

An average of 250 people in New York are killed and 4,000 suffer from personal injuries from car accidents. Reducing these numbers requires change.

Speeding, running stop signs, and not yielding or following street signs can all lead to accidents on the road. This is especially true in large busy cities like New York. If you have suffered serious damages and financial losses after a car accident caused by someone else you can rely on a Binghamton Car Accidents Attorney. The compensation you could receive might be enough to cover lost wages, vehicle damages, and medical expenses.

At Gattuso & Ciotoli, we have over 50 years of experience with car accident cases. Call us today at (315) 314-8000 for a free consultation. You can find us in Central New York, Syracuse, Watertown, Binghamton, Syracuse, North Syracuse, Camillus, Liverpool, Cortland, and Auburn.